The Grizzly - a Dickens of a Race 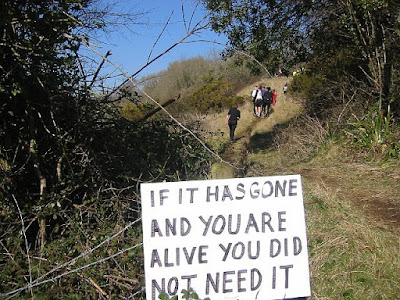 QUITE a fuss was made the other day about the 200th anniversary of Charles Dickens’ birth. As Dickens scholars know, the old wordsmith was a bit of a mileage freak. In fact, there’s reason to believe that if he were alive and kicking today, Charlie boy would have loved a crack at the annual Grizzly run which took place on Sunday down in Devon.

Between writing chunks of his famous novels, Dickens loved nothing better than to slam down his inky quill, abandon his little desk and race across the fields and pathways of the great outdoors. He loved the wind in his hair, the sweat on his back and the mud on his feet, and regularly covered surprisingly long distances across southern England. Brisk walking was his real forte, but the evidence suggests he could be loosely described as one of the first ultra-runners.

Very few citizens chose to go out running back in Dickens’ day, so most people regarded him as a barmy old eccentric. And, as such, he would have been perfectly at home competing at the weekend’s Grizzly - along with all the other eccentrics!

For a man born in 1812, many of our modern ways would shock and repel a thoughtful fellow like Charlie, but he would definitely have loved the challenge of the Grizzly.  It’s an event that proves weird and wonderful things do happen deep in the English countryside on a Sunday morning.

The organisers of the race describe it thus: “Twenty muddy, hilly, boggy, beachy miles of the multiest-terrain running experience you will find this side of the end of time.”  People behind the scenes at the Grizzly go by names like ‘Dave the Dung-Beetle’ and ‘Lean Mean Runner-Bean’. You will have gathered by now that this is no ordinary event.

My own club, the intrepid Tiptree Road Runners, enjoys a long-standing love affair with the Grizzly that dates back quite a few years.  A large section of our club always heads south-westwards out of Essex for this annual dirty weekend in Devon (by ‘dirty', I mean ‘muddy’, of course). Our chairman, for example, a veteran of hundreds of races down the years, calls it his favourite event of all.

The timing of the event means it represents a celebration of the end of the winter season, a sort of grand farewell to the mud and gore of cross-country running, before we all turn attention to road-racing and the established trails now becoming firmer in the spring sunshine.

The Grizzly is a uniquely English experience, and there’s something rather Victorian about its eccentricity as well as the fading seaside resort of Seaton, the town where it starts and finishes. Long-distance pedestrian events were, of course, invented during Victorian times and big crowds would be attracted back then by bizarre races lasting anything from 24 hours to six days.

Here in the 21st century, the Grizzly is, by comparison, a bit of a sprint. It tends to take most competitors between two and six hours, and Tiptree were represented by 21 hardy competitors on Sunday. How they coped with the 20 miles of hills, bogs, mud, beaches and climbing will only really emerge on Tuesday night when they assemble back at the club. Will they be empty, exhausted shells, battered into submission by one of toughest events on the calendar? Or, as past experience suggests, will they be bright-eyed and bushy tailed, inspired by the triumph of having survived and by those strange, philosophical messages that are traditionally posted strategically around the course to lift spirits and raise a smile?

Yes, Dickens would have loved all this. I reckon he would have nipped inside four hours at the Grizzly. He was always a pedestrian inspired by his surroundings – a man who even once described the relatively flat fields and woods of Chigwell Row here in Essex as “the greatest place in the world.”

Mind you - in the interests of balance - perhaps I should also point out that Dickens was not really a big fan of Essex as a whole.  In a letter dated 1835, for example, he had a very hurtful dig at our county town: “If one were to ask me what in my opinion is the dullest and most stupid spot of the face of the Earth, I should decidedly say Chelmsford”.