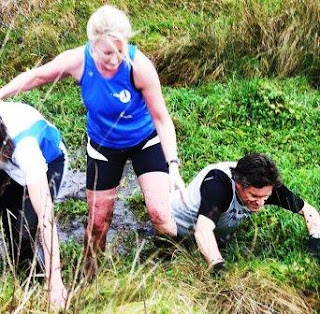 WHAT’S the most embarrassing thing that can happen to a ‘serious’ runner?

Apart from the obvious things linked to bodily functions, it could be when your shoelaces come undone during an important race.

It happened to me once, near the end of an event when I was in contention to finish in second or third place. As the flapping lace was nearly tripping me up, I had no alternative but to stop and fanny around on the floor to deal with the problem. I resumed with red face and foul mouth.


That episode occurred in 1992 – fully 20 years ago – but it is only today I can say I’m finally over the embarrassment and anger the shoelace malfunction caused.

Why today?  Well, a former London Marathon winner and international star confessed this morning that the same thing happened to him only this week. Now I don’t feel so bad. If it can happen to the elite, then we ordinary peeps can surely be forgiven.

You’d think a fundamental error like failing to tie a lace properly was something only a part-time jogger or inexperienced runner would do, but former GB international Mike Gratton (London Marathon winner in 1983) says it occurred to him in a Parkrun 5k on Saturday and brought about an enforced stop during the heat of battle.

Mike tells me the problem was exacerbated by the fact the race announcer had introduced him earlier over the PA system, meaning everybody else knew a former London Marathon winner was in their midst, thus increasing the pressure on Mike to put in a fast and polished performance. Seeing this ‘legend’ bending over to tie laces mid-race was not what they expected to see!

The problem lost Mike around six places, and he finished 27th in a respectable 20mins.30 secs, even though he also tweaked a hamstring, and has only recently begun training regularly again in his mid-to-late fifties.

“I hope that 26 people went home happy they beat a London Marathon winner,” he said today, with a chuckle. “Someone did say at the finish they were surprised to see me stop to do up a shoelace, considering all my experience. Actually my last running shoes were Salomons which had a pull-up toggle, so I must have forgotten how to tie laces properly.”

As for me, just the one serious lace malfunction in 881 races is perhaps not too bad after all?  Since my 1992 experience I have always done a fiercely-tied double knot, which does the job well, although can make shoes difficult to remove later on!

Mind you, there was a Mid-Essex cross-country race at Stebbing a while ago in which even a quadruple-knot wasn’t good enough.  That particular event is famous for its deep water and heavy mud, and a number of us emerged from the worst sections minus shoes altogether, despite all our careful knotting endeavours of earlier…. (The horror that is Stebbing - see picture above!).