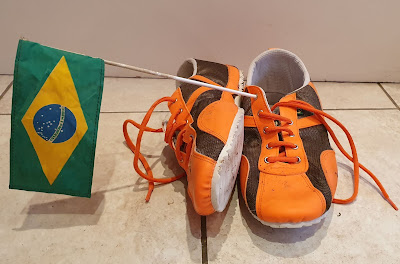 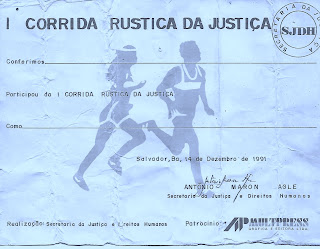 Posted by Rob Hadgraft at 08:36 No comments:

"We used to get up out of shoebox, in middle of night, and lick road clean wi’ tongues!"


MOST running clubs have a handful of old codgers on their books who have, for one reason or another, been bestowed with the honour of Life Membership.

My own outfit – Tiptree Road Runners – is no exception. There are, I believe, around ten or a dozen ‘Lifers’ in our ranks, including yours truly. With legs and lungs that are ancient and over-used, most of us Tiptree ‘Lifers’ don’t run as far or as frequently as we used to (Malcolm and Jim are notable exceptions) and there is therefore a desire to keep the fires burning by having the occasional re-union.

We generally adjourn to a local pub and settle down to reminisce about those golden days when we used to run fast, when races had sensible entry fees, and when injuries were just a minor occupational hazard.

This week we descended on the unsuspecting Essex village of Feering adn its excellent Sun Inn. And yes - you are right - we did behave rather like the four Yorkshiremen in the famous Monty Python sketch, leaning back in our chairs and recalling fondly when the hills were steeper, the shoes were more basic and the vests scraped your nipples clean off. Luxury.

Eee bah gum, things were tough when we were getting our PBs. We didn’t have chip timing and mats with sensors – we had to wind up a grandfather clock and strap it to our left arm with rope if we wanted to know our times.

One topic did render us almost speechless with disbelief at this week’s reunion. Ian revealed Nike are marketing shoes that you can apparently lace-up without bending down – all you do is click a button on your smartphone and the Bluetooth connection with your feet will do the laces up for you!

No, he wasn’t having a ‘senior moment’ – these things really do exist! The shoes were launched earlier in 2019 under the brand name Nike Adapt. They retail at around £300.

Why would any runner spend a small fortune on something like that? Well apparently these shoes are aimed particularly at people like tennis star Sir Andy Murray, who recently found bending down very painful before he got his hip and back problems sorted out!

With a Nike Adapt app on your phone you can adjust the tightness of the fit, and the battery in the shoes will last for up to 14 days on a single charge. The company’s boffins claim self-lacing shoes are useful for athletes looking for a very precise fit, as well as those who find tying laces difficult.

The app also allows you to alter the colours of lights that are built into the sole of the shoe! Are you wearing a red shirt? Boom. You can make the lights of the shoe red. Green shirt? The lights can be green.

All this is nonsense, I hear you cry. Why don’t Nike just concentrate on making a shoe that claims to make you run faster?  Oh, hang on . . .