The strange effect of running 'naked' (i.e. minus technology!) 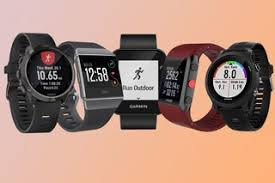 FLASHBACK to exactly 30 years ago. November 1989 was unusually sunny, mild and dry. It was a month when history was made: the Berlin Wall came down, TV cameras were allowed into the House of Commons, Thatcher’s Tory leadership was challenged for the first time, and revolutions kicked off in Bucharest and Prague.

And . . . attracting far fewer headlines . . . was the fact my trusty runner’s wristwatch suddenly packed up. But, bizarrely, this malfunction would prove a blessing in disguise.

It unexpectedly helped bring about probably the best month of racing I ever did. In four events, including a tough 10-miler, every single mile was completed in well under six minutes (these days I can barely manage a kilometre in six minutes, let alone a mile!). And all because I raced without the aid of a watch.

Nowadays running without a watch (or any other technology) is known as 'running naked'. Back then it didn't have a name.

Knowing zilch about my pace and mile-splits initially felt like a problem. In those days it was all about chasing PBs; and how could you chase a PB if you couldn’t monitor your pace? But, rather magically, there was some sort of chemical reaction and my anxiety transformed into adrenaline. I ended up faster than usual!

First up was the popular Pitsea 5-mile road race, a fast and mostly flat affair near Basildon, in near-perfect conditions. Habitual glancing at my naked left wrist gave zero clues as to how things were going, but it felt fast. I became hopeful I’d get close to my existing PB of 27:55.

Runners finishing nearby reckoned we’d gone under 28 and later it was confirmed I was clocked at 27:20. It was a big chunk off the PB, and really pleasing to have averaged quicker than 5:30 per mile.

A week later came the Clacton five-miler and I continued the ‘no watch’ experiment. Things went even better. In blissful ignorance of time and tide I came home in exactly 27 minutes, nabbing a place in the top ten.

I was left pondering how legs and lungs seemed to perform better when there was no brain telling them about time. Mind you, I did wonder if a watch would have helped me cut off an extra second . . .  26:59 would have been so much better than 27:00!

All this seemed to cause an excess of foolish confidence the following Saturday, when I entered two different races on the same morning! Despite having to gather in Ipswich’s Humber Doucy Lane at the ungodly hour of 0745, I managed second place in the Sri Chinmoy 4, in a time of 22:30.

Exit stage left and a quick costume change . . . and off I dashed with minutes to spare to the University of Essex, and the Today’s Runner cross-country league race. This also went swimmingly, although XC never requires watches anyway!

With birthday and Christmas coming up I was in no hurry to buy a new watch by this point, and went ‘naked’ again the following week for the toughest task of all - the undulating 10-miler put on annually by Hadleigh Hares. It’s not one to be messed with, and definitely not a PB course.

Hadleigh concluded a great month but I didn’t want to push my luck  . . . so returned to wearing a fully-functioning timepiece at all subsequent races. And in the 30 years since, I’ve never managed to kick the habit.

Posted by Rob Hadgraft at 07:44 No comments: 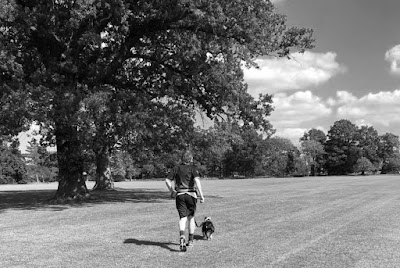 Posted by Rob Hadgraft at 02:28 No comments:

The Tiptree man who ran home from Liverpool Street!


ULTRA-runners rarely seem to make the headlines. So it’s a fair guess that even my running clubmates from Tiptree are probably unaware a 39-year-old man from our village recently produced one of the quickest 100-mile runs in history.

The feat took place on a track in Kent just a few weeks ago, and was described by one astonished race official as “One of the truly great all-time performances”.

Tom Payn covered the 100 miles in 12hrs 25mins 30secs – lapping the Ashford track all day long for a place in the record books as the second-fastest Briton of the last 35 years, and the 8th fastest of all time!

Tom grew up in Keeble Close, Tiptree, where mum Jane still lives, and (like your Clapped-Out Runner) went to St.Luke’s Primary School in Church Road. His first steps as a runner were as a tiny nipper in the 1980s, bombing up and down the cul-de-sac where he lived while mum stood at the front door timing him. Nowadays his running tends to be scrutinised by highly-qualified officials with sophisticated equipment!

Tom’s running achievements since those salad days are many and varied, but my favourite tale about him concerns the day he decided to test his legs for the first time over a really long distance.

Stepping out the front door of his flat at London’s Barbican - not far from Liverpool Street station - he made a big decision: Why not make that morning’s training session a run all the way to his home village of Tiptree?

It was a frightening commitment for an ultra ‘virgin’ - but running nearly 60 miles to Tiptree at least enabled him to avoid the troubles of the Greater Anglia train-line!

Tom told me this week: “I’m trying to remember when that run from the Barbican to Tiptree was. It must have been early 2012 as I did my first ultra in September of that year. If I remember correctly I jumped on the canal path over to Stratford, then shadowed the A12 through Romford and went past Gallows Corner, crossing underneath the M25 before running up to Brentwood.

“There were plenty of wrong turns along the route and this added quite a bit of distance, but I always thought I was heading roughly in the right direction. From Brentwood I again began shadowing the A12 all the way to Chelmsford, where unfortunately once again I got a bit lost.

“Once I’d finally found my way through Chelmsford I was able to get up to Hatfield Peverel. From there I took the country roads through Wickham Bishops and Great Braxted before finally arriving in Tiptree! I think my Garmin recorded it at 50-something-miles in 7-something-hours.”

Tom’s story reminds me of my early days as a novice runner, training for the inaugural Ipswich Marathon in 1983. I recall leaving Ipswich town centre and heading for West Bergholt, a mere 18 miles away. My route involved shadowing the A12 just like Tom, and getting lost just like him. But I suspect the similarities probably end there.

These days Tom is a full-time runner and has conjured up superb times at a ridiculous range of distances, from 800 metres up to 100 miles. He’s run a 2:17 marathon, has gone sub-30 for 10k and won the Tiptree 10-miler in 2011. He gets hired to pace top stars in big marathons, and is a buddy of writer Adharanand Finn, who mentions Tom in his acclaimed books ‘Running with the Kenyans’ and ‘The Rise of the Ultra-Runners’.

He’s come a long way since those hectic sprints up and down Keeble Close!
Posted by Rob Hadgraft at 05:03 1 comment: